Annals of the Bohemian Grove (From the Archives)

WWW, 2006 (Archived) - In California USA there is a place where people come together for ancient Babylonian rituals with child sacrifices (in effigy, some say it's for real) and other satanic practices. Not only do they practice the religion of Nimrod, the founder of Babylon in this "church", they have gatherings too where they tell each other what needs to be done to forward their plans.

This information is all documentated and even confirmed by this group called the "Bohemian Club". The rituals have been video-taped and scans from the "Annals Of The Bohemian Club" released.

The big deal is, that the membershiplist of this group reads like a who's who of the power and business elite of the world. George Bush Sr and Jr, Jimmy Carter, Helmut Smidt, Richard Nixon, Ronald Reagan, you name them the Bohemian Grove has them as members.

Here you can see some scans from the annals. You'll see pictures of George Bush Sr and Jr as well as a picture of the ritual.

Click on each picture to open a new window with a larger graphic file. You can also download a PDF file with the larger files 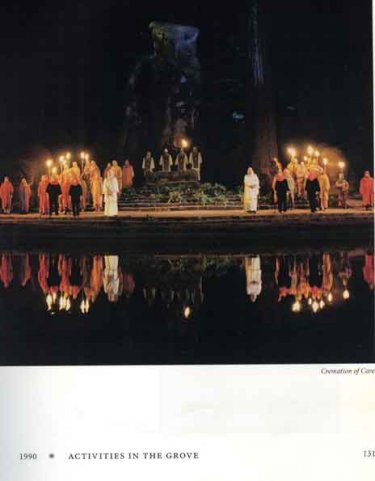 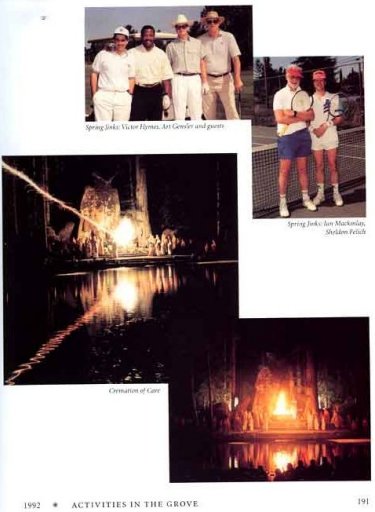 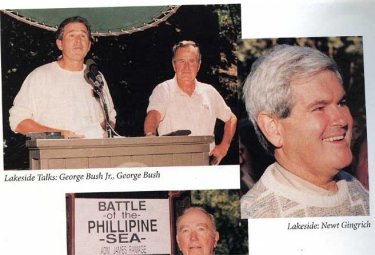 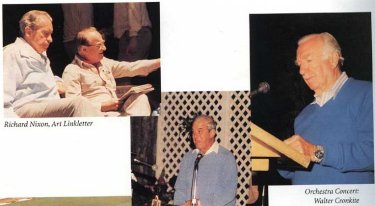 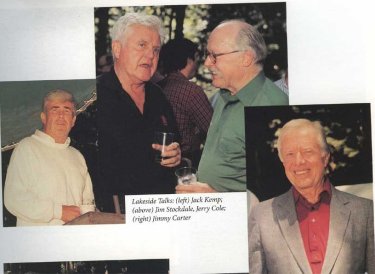 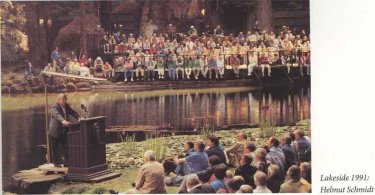 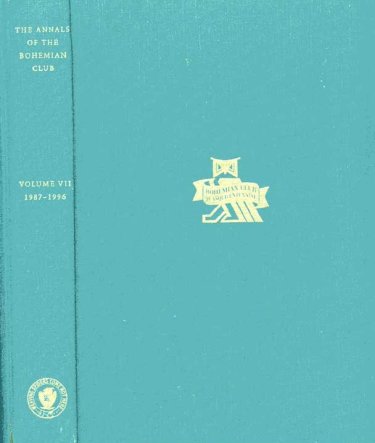 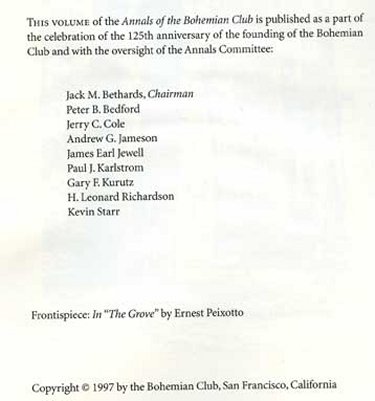 Email ThisBlogThis!Share to TwitterShare to FacebookShare to Pinterest
Labels: Topic: Pagan Origin and Nature of Babylon System, Topic: The Game Of Global Engineering