WWW, February 2005 (Archived) - A news report from the Netherlands and analysis of the recent political murder of the Dutch Film Maker Theo van Gogh.

Some time ago, Dutch minister of Justice Piet Hein Donner received a high visit. His colleague from the United States came over to have an urgent chat. About terrorism, of course.

Because it's not really going along that well in the Netherlands, with that terrorism. And when this country wants to take his part in the rat race of nations, we got to take our own terrorist a little bit serious, shouldn't we?

When Americans pay a visit, we've come to know how that can have deadly consequences. And not only when they come to deliver "democracy" to Afghanistan and Iraq. Also in the Netherlands, death and destruction follow where Americans mind our business.

I only have to refer to the Dutch Great Bald popular hero Pim Fortuyn. A pain in the ass for the American warmongers, as Fortuyn didn't feel like spending billions to the Military Industrial Complex. When it was up to him, the Joint Strike Fighter simply wouldn't fly over the Netherlands.

He got a visit from the US ambassador and a few days later he was dead. Shot in the head by an animal rights activist who voted for the Dutch "Liberal Conservative" party D'66. Mat Herben, Fortuyn's spokesman and "loyal dog", took control over the List Pim Fortuyn (LPF). Of course he was experienced, being the spokesman too for the Freemason lodge in the Dutch Capital of The Hague.

And the LPF changed its mind. The Fortuynist "revolutionaries" and "true people's representants" followed Mat Herben like blind sheep. Fortuynism showed to be nothing more than fortunism. And so they all voted along with the established order. That JSD would and should fly. And it flied.

A few weeks ago there was again death and destruction in the Netherlands. And again it was the turn for an enfant terrible of the establishment to die.

Theo van Gogh, completely enraged by the traumatized Dutch MP Ayaan Hirschi Ali, tragically was proven right. His last word: "Mercy". He sighed it while he was bestially pierced with a knife by an acquaintant of the Dutch Intelligence Service AIVD. 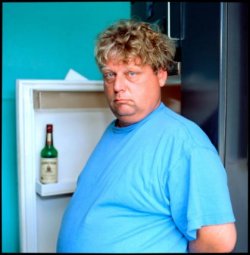 With such family and friends, who needs enemies?

At first sight, it seems as if the movie "Submission" was the reason for killing Van Gogh. In this movie, an English speaking female voice says a prayer to "Allah". She thanks the god of the Muslims for the fact that her husband is constantly beating her. While you're listening to this "prayer" you can watch a female skin covered with wounds and written Soera's from the Koran.

Theo Van Gogh really liked his movie. In the many interviews that were conducted with him, he often spoke of threats and assaults. And always in a light-hearted manner. No, he wasn't seriously threatened yet. Yes, he had thought about having Al Jazeera broadcast "Submission".

What Van Gogh did was not so much different than what Jan Wolkers and other did years before him. Without getting murdered, by the way. Wolkers and other writers have terrorized the Christian population with their low-level pornographic "literature" in an unbelievable manner.

Wolkers and Van Gogh were both influenced by what Ayaan Hirschi Ali always calls "The Enlightment". Ali herself is also a convinced believer of this "Enlightment" or "Illumination". In one of her many remarkable statements, she revealed Dutch Prime Minister Jan Peter Balkenende (Christian Democrat) is also a member of this movement and added that he "therefore" couldn't be a "real" Christian. Something a lot of Christians wholeheartedly agree with.

There's a lot to say about this "Enlightment". Just one thing is, that it teaches how all religions are the same. And were about to expire as they were no longer of any use.

And like Wolkers hated anything religious, so did Theo Van Gogh. But Van Gogh was brutally confronted with the wrongness of this Enlightment. Because it's very easy to insult a Christian as his faith forbids him to use violence as response. This is not the case for the religion described in the Koran.

It might be easier to enrage a Muslim than a Christian. But in the Netherlands that isn't as easy as some would like...

Because in the meantime the AIVD just couldn't find alien residents who they could convince to do "something terrorist".

Because this is the way these things work. The Intelligence Services provoke people into doing something terrorist.

This is how things go at the global level, when the United States provide Afghan "freedom fighters" with weapons and literature in a war against the Soviet Union in the 1980's. We're now speaking about the Taliban.

This is how it goes, when Saddam Hussein is trained by the CIA who subsequently put him in power. And later removed him as a "big threat".

This is how it goes on the national level, when a bald-headed Pim Fortuyn threatens to become more powerful than the established order. And is being killed by an equally bald-headed animal's rights activist. Everyone in the Netherlands knows the name of Volkert van der Graaff. Not the fact he voted for the Governmental party D'66, by the way. Cause everyone sees him as "extreme left". Extreme left? Take a look at www.nazi.org when you think these people are all "extreme left wing".

This is how it goes at a national level, when some idiot called Mohammed B. who thinks Allah is waiting in heaven to reward him kills another enfant terrible of the establishment.

All enraged, provoked, by the same "Enlighted" forces. Forces who use the automatism of Problem - Reaction - Solution to reach their goal of Globalisation (a Fascist World Government).

What has this all to do with John Ashcroft's visit to Piet Hein Donner?

Because Theo Van Gogh isn't murdered at all because he made a provocative movie which needlessly insulted millions of people worldwide. And it didn't force the government at all to, completely in the tradition of terrorism that "hates us for our freedoms", steal our rights away from us.

Oh yes, he made that movie and oh yes, he was killed by someone who thought a ritual slaughter was an appropriate answer to the movie.

But in reality both Theo Van Gogh and Mohammed B are nothing more than useful idiots who do exactly what they are trained to do: causing problems.

Because of those artificially created problems the Dutch population then responds. A reaction consisting out of a demand to the government to provide solutions.

The result? The introduction of the Police State!

The ladies and gentlemen of the establishment were all shouting into the microphone that "free speech" was murdered. That Theo Van Gogh was killed because of a certain right he was supposed to have. A right to criticize a certain religion without fear of persecution.

The same ladies and gentlemen did not add to that how a few months before a certain Feike ter Velde got a visit from some government officials because he had openly criticized Islam. Ter Velde was told that he would not have to face charges this time, but next time he would surely get into trouble for practising his right to free speech. The story can be found in "Het Zoeklicht", a magazine of which Ter Velde is an editor. 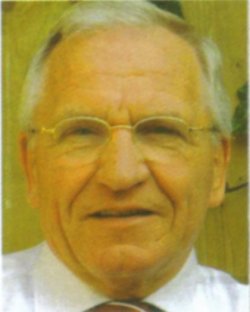 And they didn't mention at all how Feike Ter Velde has expressed his criticism on Islam in a civilized way. Not with provocative movies, but with argumentation. Where may or may not agree with.

The Dutch Government doesn’t want Feike Ter Velde to express his right to free speech in a civilized manner, but turns out to support a crazy, unmannered and rude provocateur like Van Gogh as one man.

And the Dutch population? They think the government protects them from terrorists who hate our freedoms. And allows the government to steal out liberties from us.

In America this is in full swing since September 11 2001.

9-11 is not just the date in which the Police State was formally introduced; it is also the alarm number of the American police.

And in the Netherlands we are now also going in this direction. It couldn't be different, as Theo van Gogh is murdered on 11-2. Which is, not entirely coincidently, the alarm number of the Dutch police.

No, it's not a coincidence that when Americans come to the Netherlands to talk about terrorism, we have our own 9-11 shortly after that.