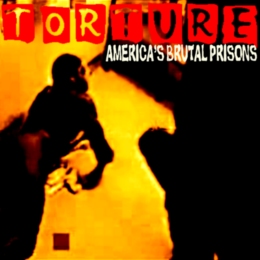 WWW, February 2009 - In this shocking documentary from British television, we are being introduced to the prison system of America. A system where torture and abuse is the order of the day.

Do not watch this documentary, when you are not able to face a reality which disproofs the claim that "America Does Not Torture". A very large part of the video is reserved for that hard reality.

We see guards beating up prisoners, even abusing and torturing them. The video's show something which can not be explained in any other way. From the prisons in California to the nazi-like sheriff in Arizona, there is a system where this abuse and torture is an integral part of. The system cannot exist without these violations of human rights taking place!

When we now hear how "America Does Not Torture" and that is why Guantanamo Bay is supposedly closed, we must not deny the fact which are clearly shown in this documentary. The abuse and torture in Abu Ghraip and Guantanamo Bay, takes place on America's own soil, in their own prisons.