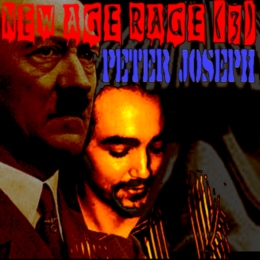 WWW, October 2008 - What happens when talk show host Alex Jones wakes up to the fact that the video Zeitgeist is a piece of New Age Propaganda? He invites the maker of the video for an interview.

In February of this year, the Babylon Observer published a review on the movie "Zeitgeist". It was subtitled: "An Excursion Into Stupidity". The video was all about how Jesus Christ was a myth invented by people who are now basically controlling the world. It mixed truth with New Age propaganda of such "teachers" as Jordan Maxwell.

Much of that propaganda was so blatantly wrong, that the maker of the video, a guy who calls himself Peter Joseph and who says he works in the television industry, had to release a second edition with some of the errors corrected.

Recently, Peter Joseph released another movie, with more of the traditional New Age Nazi rhetoric. The New Age "Plan" is so blatantly proposed in the video, that even Alex Jones of the Infowars radio show woke up to the fact that "Zeitgeist" has nothing to do with exposing Babywrong, and everything with bringing forth the very same New World Order that the movie claims to oppose!

Alex Jones decided to bring Peter Joseph on his show for a "discussion". This discussion turned out to be an enormous spectacle as the Texas based host confronts an unbelievably arrogant Peter Joseph, whose whole appearance matches perfectly with his extreme elitist philosophy.

As he unfolds his plan for his New Age Utopia, the moviemaker speaks about how people have to be "re-conditioned" in order to live in his preferred "society". A society which -not surprisingly- looks remarkably similar to Hitler's Third Reich and Communist countries such as the former Soviet Union and China.

There's one thing which holds him from establishing his Utopia, though. Peter Joseph gets the most passionate when he speaks about it, and he calls it "religion". Actually, to be more specific, "Christianity". From the Vatikan, the city with the seven hills, to the individual worship of Jesus Christ by countless of people worldwide: Peter Joseph knows just where the trouble is!

After all, in the eyes of the Zeitgeist creator, there is no such thing as "evil". That would only be a concept created by "religion", and it would disable people from moving into his Utopia.

Alex Jones, known for his rants and confrontive way of interviewing, counters Peter Joseph. Jones' views, namely, more than oppose that of the creator of Zeitgeist. After all, in the eyes of Alex Jones, there is definitely such a thing as "evil".

The result is about two hours of chilling audio, wherein once again the fascistic nature of the New Age philosophy and mentality is exposed.

Join the Babylon Observer with a good chuckle, several smiles, and hope with him that Alex Jones might wake up to the fact that there is way too much New Age propaganda in what is called the "Truth Movement".

Listen to the interview, and then listen to Alex Jones' evaluation he did the other day as he also interviewed a couple of more people concerning "Zeitgeist".